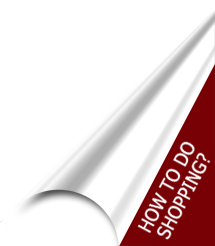 Cart empty
You are here: NEWS

'One Day Delivery' over the European Union.  48-72 hours worldwide!

Chip CR is the first version, released by our company on the European market in 2005. It was a chip with technology a few steps ahead of the competition. Much higher than today was then the unit price. After some time some competitors have copied our technology, which unfortunately was not properly protected and began producing counterfeit products in nicer housing, such as aluminum, with a nicer label. Unfortunately, inside was a system of poor quality because it is hard to manufacture, in that price range, the electrical system of good quality, and to this nice housing, colorful box from thick cardboard, etc. - as it generates high costs. They bet on housing and the box, but we prefered to look after the quality of the electrical system, which is the heart of the chip.

Chip on the case has a built-in power control with a " screw" and the LED indicating operation of the device, which tells us what is happening at the moment with the device - what is the mode. The LED can flash red, orange, green, or lit permanently. When after installation the LED flashes red, we know that the device is properly connected.

The main electric system in the chip is the control unit EPROM - this is a single-recording IC. It means, that during the production of the chip in our factory in Warsaw, on the EPROM is saved, prepared by our programmer, a new map, and you can not change it.

Map is written for a group of cars with similar engine. For example, for the Renault Laguna 1.9 DCI is one map, no matter whether the model of the car has 100, 120 or 150 bhp. The adjustment between these models you perform, using the previously described "screw", turning to the left or right - this is exactly as described in our instructions supplied with each device.

The processor installed in the chip, is a model that was the most interesting proposal for 2005.

Chip CR-2 is produced since 2011. It has a completely different structure of the electrical system, than chip CR, although outside they look very similar. Just like in its predecessor, the whole system is placed on the PCB in SMT technology, but the components radically differ from the previous version. Chip CR-2 has processor several times more efficient than this in the chip CR - processor is faster and has better cooling. As a result, faster converts received signals, which, after a change sends to the car's computer – ECU.

Chip CR-2 as a novelty has built-in flash memory (which is something like the hard drive on your computer).

When we have combined powerful CPU and flash memory we created rewritable system, with the ability to removing and appending new combinations. Thus, for each model of motor map is now individually matched.

In the chip CR we could not apply any setting, which would be best for every engine, because in some cases could emerge injection overload error. We had to align these settings on a constant level to fit both the 100 bhp or the 150 bhp engine.

Another issue is the adjustment, which before was done by the screw. For CR2 we do adjustments on the computers in the office, after hearing the tips on what the customer wants to change in the car.

We have a lot of possible combinations - for example, we can more increase the low rotation and less the high ones. We can leave everything as it is, and only eliminate the turbo hole. We may change a little power - about 10% - and more work on the reduced fuel consumption. We can raise the idling rotations or raise the dose of fuel injected during start-up - if the car starts with problems. We may also increase the power to the maximum, in safe limits, for the car to become very dynamic.

Chip CR-3 is the same chip as the CR-2, however, additionaly we get in the set a CD with software and drivers, high-quality programmer to connect to a computer, and seven sets of wires - each with different connectors. You can change the settings yourself to suit your own needs. For long road trips the chip can be set so that fuel consumption will drop and the power will be increased slightly, and then on time when driving around town, the settings can be changed to significantly increase the power.

With programmer and a set of plugs CR 3 can be programmed to many different vehicles - i.e. to see how the chip will work in the car of our friend or in our second car. This is an interesting solution, since after the sale of the old car, we can reprogram the chip and put it into the new acquisition. 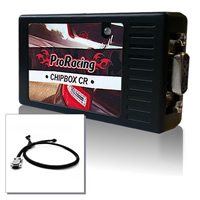 We have 46 guests and no members online

We care about your privacy. We do not increase the scope of our rights. Your data is safe with us, and you can withdraw your consent at any time by using the tips from the Privacy Policy subpage. On 25 May 2018, Regulation (EU) 2016/679 of the European Parliament and of the Council of 27 April 2016 on the protection of individuals with regard to the processing of personal data and on the free movement of such data and the repeal of Directive 95/46 / EC will apply ( referred to as "GDPR" or "General Regulation on Data Protection"). Therefore, we would like to inform you about the processing of your data and the terms on which it will be carried out after May 25, 2018. Read more...